The Immerse Global Summit (IGS) 2022 Miami continues to showcase enterprises across the virtual, augmented, mixed, and extended reality (VR/AR/MR/XR) space. Some of the world’s top institutions featured across the XR medical, defence, education, and entertainment sectors debuted and highlighted their latest immersive solutions.

Case Western Reserve University, a world-renowned medical institution, joined the event to reveal how it leveraged Microsoft’s MR tools by combining them with its educational software platform.

She educates medical schools and universities around the world about her institution’s immersive application, which runs on Microsoft’s HoloLens platform. 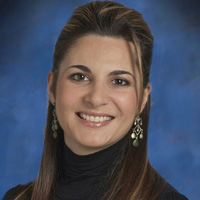 Farrow stated that her medical school, one of the top 25 institutions in the United States, but plans to build a new facility in 2014. Rather than building a traditional dissection lab to teach anatomy, her institution considered spatial computing products readily available in 2015.

The company explored plastinated cadavers, 3D modeling, and other VR options. Later, Microsoft debuted its first-generation HoloLens at the time. After trying the headset, the “lights went on” and the university’s visionary, Mark Griswold, Ph.D, found that such platforms would become the future.

“We chose adopt the MR ecosystem because we believe medicine is a sports team. VR serves a great purpose as a self-study tool or an app with a procedural experience. When you’re together with a professor and students in the same environment, or even remotely, you interact collaboratively. Secondly, many students experienced motion sickness with VR, and mixed reality hardware prevented them experincing those feelings”

Speaking on the benefits to students, Farrow explained that “students engaged from day one.”

She added: “We have also learned that their engagement remains persistent. They want to learn and continue learning, and the excitement, collaboration, and engagement are always there.”

The executive added that students in the XR medical labs learned just as well or better than in traditional dissection labs. The university also found that medical students learned twice as fast, allowing them to have extra time to incorporate different modalities, such as living anatomy and radiology.

She continued: “That’s how we prepare our future doctors.”

She also cited a paper noting that students also retained information 40 percent to 50 percent more than with traditional learning methods, even eight months after the virtual course.

IGS and the Future of XR Training

Speaking on her experiences at the IGS 2022 Miami, Farrow said the event allowed her enterprise to showcase what it had accomplished in a very short time as well as look at the available technology currently available on the market.

“I think the XR world is going to really engage not only in education and at medical schools, but across high schools as well. I hope that the prices of hardware come down and become more available, because that’s where we really need to start. [Starting] in high school, XR can engage students and encourage them to pursue their passion, whether it’s medicine, nursing, or any other type of industry, and also remain in the professional and educational worlds”

She concluded she was happy to see growing developments across immersive enterprises amid the “third wave” of computing. Computing devices and mobiles began as bulky devices later progressed to the modern-day smartphone.

She concluded: “It’s not going to be only for gaming or entertainment. It’s how we’re going to teach our next generation and how we’ll do virtually everything over the next five to ten years.”