Specs, rumours and what we know so far about PSVR2 A new version of Sony’s PSVR virtual reality headset is on its way. And this time it’s for the PS5.

The Playstation VR2 was first made official in early 2021 and now we have plenty of details and even a release window.

Here’s everything we’ve found out so far.

WHAT IS PLAYSTATION VR2?

The first PSVR headset was released for PlayStation 4 in 2016. It was upgraded once (to add HDR passthrough to the separate processor box) and PS4 Pro introduced higher resolutions/frame rate, but it largely retained the same design and capabilities. It works using light sensors read by an external PlayStation Camera, both from the headset itself and separate Move controllers.

PlayStation VR2 is a different kettle of fish – mainly thanks to a complete rethink in the control method. It’s design too is more reminiscent of the PlayStation 5, although some elements remain, such as the head rest and rear strap. 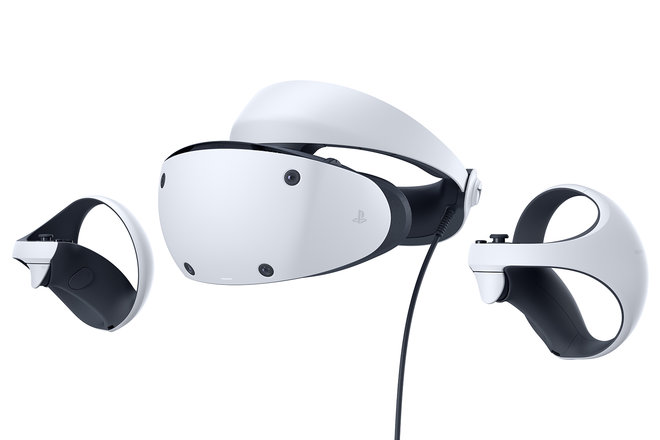 At CES 2022, Sony announced some of its features and specifications, meaning we have an increasingly comprehensive sense of how the headset will work.

It will effectively plug into a PS5 console via USB-C and doesn’t need an external processing box this time around.

Sony has confirmed that its PlayStation VR2 headset will be available from “early 2023”.

Sony confirmed the official specifications during CES 2022 in January. It also revealed that there will be a number of interesting features. 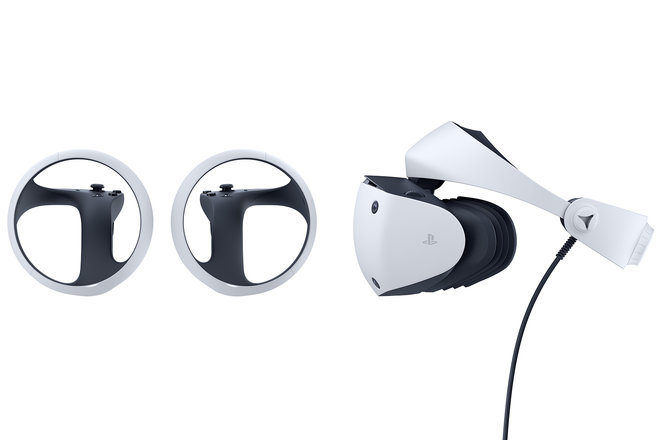 The headset’s cameras will track the controllers this time, rather than using an additional camera or sensor. There will also be “sensory features” built into the headset itself, including eye tracking, headset feedback and 3D Audio.

Some of the headset’s software features were detailed in a PlayStation blog post in July 2022. They included details of the user experience.

The ability to see your surroundings without taking off the headset will be selectable through a button on the headset or in the pop-up settings. This uses the cameras positioned on the outside of the PSVR2 and helps you find controllers and the like.

If you also have an external PS5 HD Camera you can overlay video of yourself onto in-game footage for streaming purposes.

It will be easy to customise the play area. The headset will initially scan your surroundings, to warn you when you are too close to an object or wall, but you can fine tune the mapped area using the Sense controllers.

A new Sense controller will ship with the latest headset – dispensing with the Move controllers used with the original. 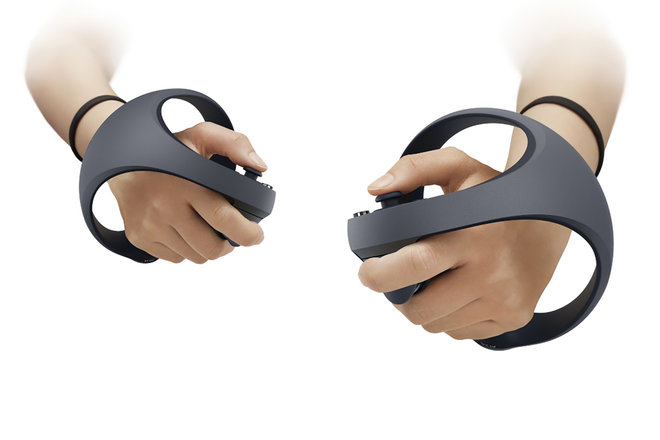 First revealed in mid-March 2021, the new VR controllers look similar to equivalents from Oculus and Valve. There will be adaptive triggers and haptic feedback, just like on the PS5 DualSense.

Each controller will have one adaptive trigger, with developers able to adjust the sensitivity depending on in-game actions. Haptic feedback will give the user a better sense of the feel of the terrain or audio effects.

One big bonus is that these controllers will be tracked by the new headset, rather than a conventional camera. This should give them much better control, less latency and can be used without the fear of ambient light affecting signals.

HORIZON CALL OF THE MOUNTAIN

Guerilla has partnered with Firesprite Games to make a dedicated virtual reality game set in its Horizon RPG universe for PSVR2. It is described as a “brand-new adventure” and is created especially for the new headset.

As with the PSVR2 itself, we don’t yet have a release date, although there is a teaser trailer (as above).

In spring 2021, developer Vankrupt Games confirmed on Twitter that its Oculus Quest title, Pavlov Shack, will be released for the next-gen PlayStation headset.

PSVR2, psvr1 doesn’t have the fidelity for Pavlov

The CEO responded to a question about PSVR support by saying that the original headset doesn’t have the resolution to run the game adequately.

The much-hyped Oculus Quest 2 title, Blade & Sorcery, could also be getting a PSVR2 port. Originally spotted by UploadVR, the developer Warp Frog claimed that although the current PSVR platform is more powerful than a Quest 2, the move controllers are too limiting for Blade & Sorcery.

The news comes from an FAQ posted on Warp Frog’s website, it went on to say “We are really excited about PSVR2. PS5 performance is also on par with PC, which means in theory we could port the PC version of B&S without much difficulty, and possibly even without compromising graphics at all. It’s still too soon to make any announcements, but we are interested in porting B&S on PSVR2, as soon as it’s possible for Sony.”O, 20