Pico 4 vs Meta Quest 2: Which VR headset is best? The Meta Quest 2, formerly known as the Oculus Quest 2, represents a bit of a paradigm shift in the VR space. It’s without a doubt the most popular VR headset in the world, and it’s the first headset to properly break out of the niche enthusiast realm and into the mainstream.

For a long time, the Quest 2 was without true competition, being one of the only affordable standalone VR headsets on the market. However, that’s something that has changed with the launch of the Pico 4.

Interestingly, Pico is a subsidiary of ByteDance, the company that owns TikTok. So both headsets are products belonging to social media giants, and it’s safe to assume both have their sights set on creating the ultimate metaverse experience.

So, has the new Pico headset got what it takes to go head-to-head with the Quest 2? We’ve done the research, and here’s what we’ve learned.

Both headsets have a fairly similar aesthetic, with predominantly white chassis and smooth curves used throughout. The most obvious differentiator is the glossy black front panel found on the Pico 4, which kind of makes the headset look like a pair of futuristic ski goggles. 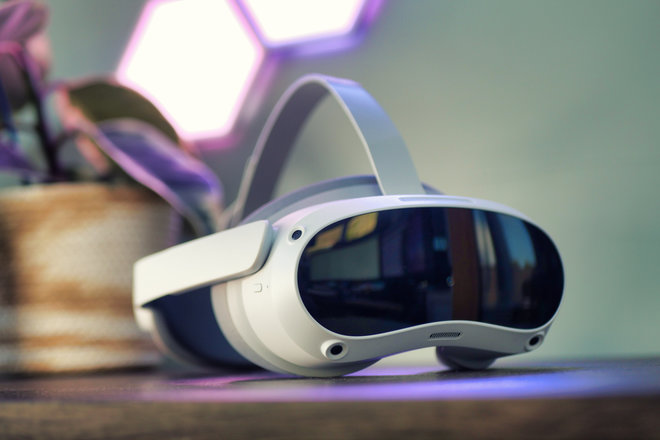 The Quest 2 ships with basic fabric head straps, and Meta sells a rigid version with an extended battery pack for an additional $119. Meanwhile, the Pico 4 comes with a rigid strap that resembles the Quest’s upgraded Elite strap at no extra cost.

The Pico 4’s battery is placed at the rear of the head strap allowing for better weight distribution, whereas the Quest 2 keeps all the hardware up front. This means that there is less weight on your face with the Pico design, resulting in a more comfortable experience. 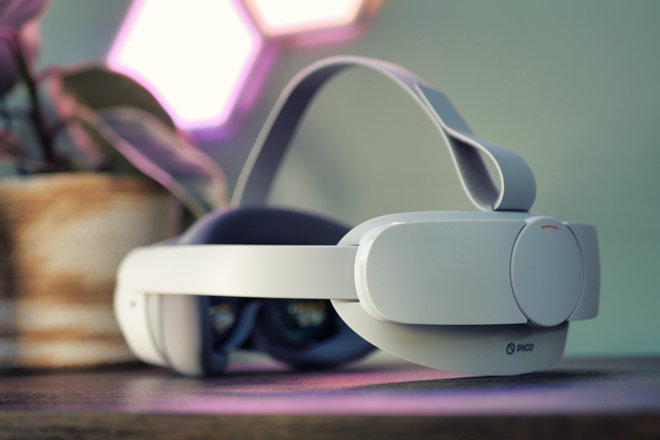 The Quest 2 has a three-stage IPD adjustment that is handled manually by pushing the lenses into three preset positions. The IPD adjustment on the Pico 4 is motorised and is accessed from within the system menu. It’s a sleeker and more modern solution on the Pico, but whether it matters or not is down to the individual. If your IPD measurement falls between the Quest’s presets, you’ll no doubt be extremely pleased with the Pico 4’s granular control.

Both the Pico 4 and Quest 2 run on Qualcomm’s Snapdragon XR2 platform, so performance should be very similar. The Pico 4 has a bit of an advantage, though, with its 8GB of RAM compared to the Quest’s 6GB. Both headsets can be purchased with either 128GB or 256GB of internal storage. 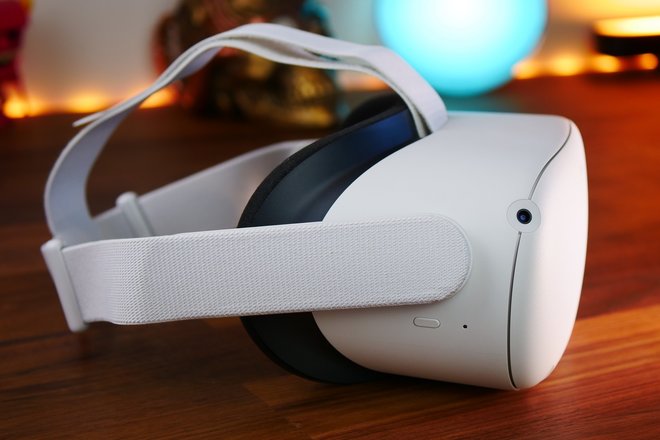 The Pico 4 has a larger battery pack than the Quest 2 but, in real-world usage, both headsets will give you around 2-3 hours of playtime. Both headsets can be boosted by external battery packs if you need some more playtime, and a range of specially designed battery accessories are available, most of which will work with either headset.

The Pico 4 has a higher-resolution display than the Quest 2, so content appears sharper. It also uses pancake lenses, so it should be less susceptible to flaring and have better clarity towards the edges of the frame when compared to the fresnel lenses on Quest 2. Pico says it offers a 105-degree field of view, but we weren’t able to find a comparable statistic for Quest 2. In our testing, we found the FOV to be a little wider on the Pico 4. 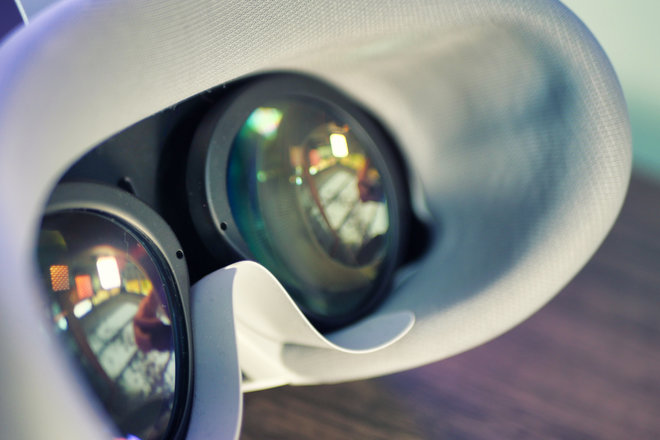 The Pico 4 has a full-colour pass-through camera, which you can enable to see your surroundings without taking off your headset. It’s better than the monochrome camera on the Quest 2, but it’s still not very high quality. At the time of writing, neither headset is able to use this camera for mixed reality experiences, but Pico says MR experiences are planned.

Both headsets come with wireless touch controllers, and both controllers have very similar button layouts. They both feature joysticks, grab buttons and triggers in similar locations. Both utilise rings to track their location, too, but the rings are implemented quite differently. 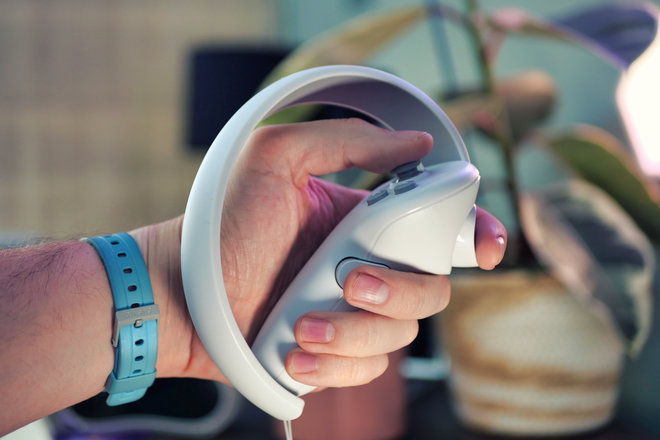 The Pico 4 controller places the ring around the back of your hand, which allows you to hold the controllers closer together without bumping the tracking rings into each other. This small change is quite useful in practice, as it allows you to perform in-game actions like notching an arrow without having to worry about the physical size of the controller.

The Pico 4 has a slightly lower MSRP than the Quest 2, however, it’s not coming to the US just yet. At launch, the Pico 4 is coming to thirteen European countries along with Japan and Korea. So, depending on your location, that fact may have made your decision for you.

If you’re in a supported region, the Pico 4 is definitely the superior hardware. It has better visual fidelity, a more comfortable design, more RAM and comes at a lower price point. Sounds like the obvious choice, right? Well, there’s a little more to the story.

Where Meta Quest 2 really shines is with its software and massive library of games and applications. Pico is new to the standalone VR market and has a comparatively small library, promising that 150 games will be available once the headsets begin shipping on October 18th.

We’ve only tested with pre-release software, so we’ll be reserving our judgement for now. But with a library at least three times the size, including hit titles like Beat Saber, it’s safe to say that Meta has the edge over Pico.

If you’re planning to use the headset with a gaming PC, either wirelessly or tethered, then standalone game libraries become much less of a concern, and we think the Pico 4 is the better option.

If you enjoyed this comparison, keep an eye out for our full Pico 4 review that’s coming very soon, and in the meantime, you can check out our guide to the best VR headsets on the market.