VR is having a bit of a resurgence, partly thanks to Mark Zuckerberg’s recent metaverse ambitions.

However, when it comes to VR brands with social media ties, Facebook is not the only name in town.

Pico is a subsidiary of ByteDance, which is TikTok‘s parent company, and today it announced its first all-in-one consumer headset, the Pico 4.

The Pico 4 puts comfort at the forefront of its design, offering a lightweight, balanced headset with a compact form factor.

It uses Pancake Optics which has allowed the brand to decrease the headset’s thickness by about a third compared to traditional Fresnel lens designs.

The headset weighs just 295 grams without the strap, which makes it one of the lightest options available.

The display has a greater than 4K resolution with a 90Hz refresh rate and an expansive 105-degree field of view.

It has a Qualcomm XR2 processor onboard with an Adreno 650 GPU, allowing it to be used standalone. 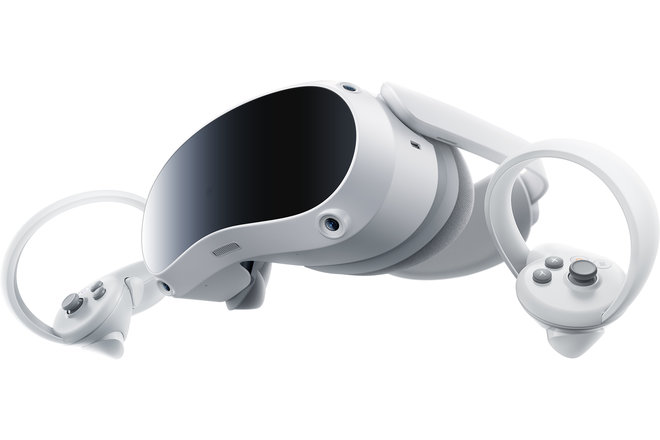 However, it can also be tethered to a gaming PC and the brand will be releasing a dongle to enable low-latency wire-free PC experiences.

Pico has placed a lot of emphasis on the content that will be available for the headset, and of course, gaming is a key area.

The Pico store has 165 games with 6 degrees of freedom and is currently adding two or three additional titles every week.

It also has fitness-focused apps and allows users to track metrics such as calories burned across different titles.

As you might expect, there’s a TikTok integration for viewing content, but the app will also contain over 600 other things to watch in a variety of 360 and 3D formats.

In addition, the brand has several partnerships in the works for the broadcasting of live sports and avatar-based concerts that can be enjoyed with the headset.

Later down the line, Pico will be launching it’s own metaverse-like social experience called Pico Worlds and will enable Mixed Reality recording for sharing on social media.

When will it be available?

All in all, the Pico 4 is looking pretty promising. It’ll be available from October 18th in thirteen European countries as well as Japan and Korea.

It comes in two varieties, one with 128GB of storage for €429 and one with 256GB for €499. Pre-orders open to the public in October via Amazon and other select retailers.